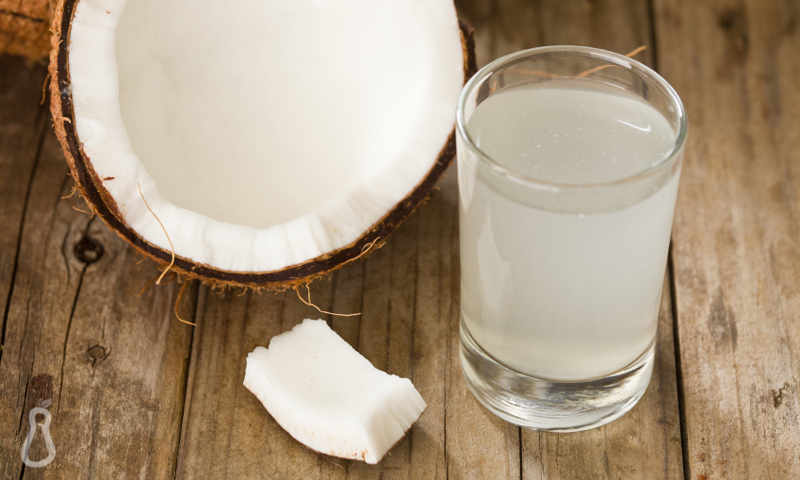 Why You Don’t Want Coconut Water After A Workout

I used to think that coconut water was great for exercise hydration, but it turns out that the heavily-marketed beverage is not all that it’s cracked up to be. Compared to a banana, it’s got 4 times the potassium, which is an important electrolyte needed for proper muscle function, but a mega dose of potassium is actually not what you need during or after exercise and could actually be harmful in very large amounts.

In order to understand why, let’s take a closer look at the minerals we call electrolytes. Sodium, potassium, calcium, magnesium, chloride, and phosphate are all charged particles (ions) that can carry an electric current across cells. This electric current is what your body needs in order to produce muscle contractions, nerve transmissions, and a regular heartbeat. So, if you’re deficient in these minerals, you might notice some muscle cramping, fatigue, dizziness, constipation, or a tingling sensation when you begin exercising.

Sodium and potassium are the most commonly discussed electrolytes, but their roles are strongly supported by calcium, magnesium, chloride, and phosphate. Potassium is referred to as “intracellular” which means that it prefers to stay inside of cells instead of floating around in the blood and extracellular fluid. Sodium, on the other hand, is extracellular and prefers to stay outside the cell. Muscle cells use these electrolytes and a sodium-potassium pump to create an electrical difference and facilitate muscle contractions (in the same way that a battery creates an electrical difference between its two poles).

When your brain sends an electrical impulse to your muscle fibers, a voltage-gate opens in the cell membrane, allowing sodium to rush inside the cell and letting potassium escape. Next, calcium is released into the cell to trigger a muscular contraction. With the use of a sodium-potassium pump, muscle cells are able to reset and prepare for another contraction. The cycle repeats over and over until the sodium-potassium pump is exhausted, and potassium has built up outside the cell. 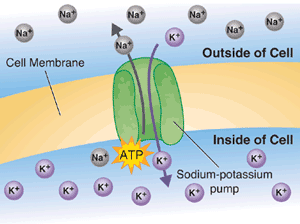 It’s very similar to doing squat jumps. If you tried to jump with straight legs, you would probably look really awkward and only get an inch off the ground. However, the deeper you’re able to squat down, the harder you’re able to push against the ground, and the higher you can jump. If you’ve ever tried do this exercise for time, you know that over time it becomes harder to squat down and harder to jump up. In the same way, the sodium-potassium pumps in our cells become exhausted and cannot pump potassium back into the cell fast enough. In fact, Dr. Bangsbo found in 2007 that exhausting this sodium-potassium pump is one of the major causes of muscle fatigue during exercise.

If you were to look at a basic metabolic panel (a type of blood test), you would notice that a normal level of potassium is between 3.5-5.0 mEq/L while sodium averages about 135-145 mEq/L. Your body keeps a very tight control over the amount of potassium that it lets into your blood. Too much potassium can cause nausea, weakness, and abnormal heart beats, while too little potassium can cause muscle damage, fatigue, constipation, or tingling. People suffering from kidney disease often have to pay very close attention to their potassium intake because their kidneys are no longer able to clear excess potassium on their own.

When you exercise, you lose lots of sodium and a little bit of potassium in your sweat. You do need some potassium in order to stay hydrated for exercise, but you need significantly more sodium. Depending on the brand, 8 ounces of coconut water contains about 470 mg of potassium and 25 mg of sodium, making it less than effective for proper hydration.  Luckily, you would have to chug a considerable amount of coconut water for it to actually cause problems, but it never hurts to be informed.

So, does this mean that you should never drink coconut water again?  No. Should you avoid chugging a half gallon of it after intense exercise? Yes. If you bring coconut water with you during exercise, try to consume it with something salty, or just add about 1/2 teaspoon salt, to balance out your electrolytes. Sodium lost in sweat can range from about 300 mg to 7,000 mg depending on the temperature, exercise duration, and saltiness of your sweat, so keep in mind that there are no blanket recommendations for sodium intake.

Everyone’s needs will vary slightly, but the average adult needs about 4.7 grams of potassium per day. After about 1 to 2 hours of intense exercise at moderate temperatures, the average person will need to replace about 300 mg of potassium and 1,350 mg of sodium. My favorite product is the Exercise Hydration mix from Skratch Labs, but you could also try to make your own. 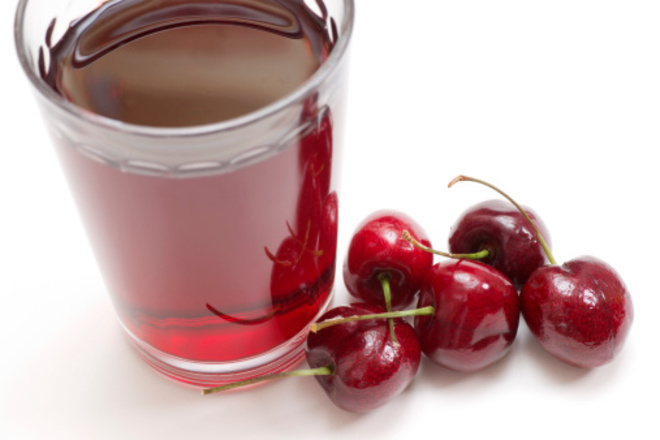 Combine tart cherry juice, lemon juice, and honey in a 32 ounce water bottle. Then add enough water to fill bottle to the 32 ounce line. Add salt. Shake vigorously until the honey has completely dissolved into the beverage. Chill and serve.

Foods That Strengthen Your Tendons and Ligaments

Foods That Strengthen Your Tendons and Ligaments