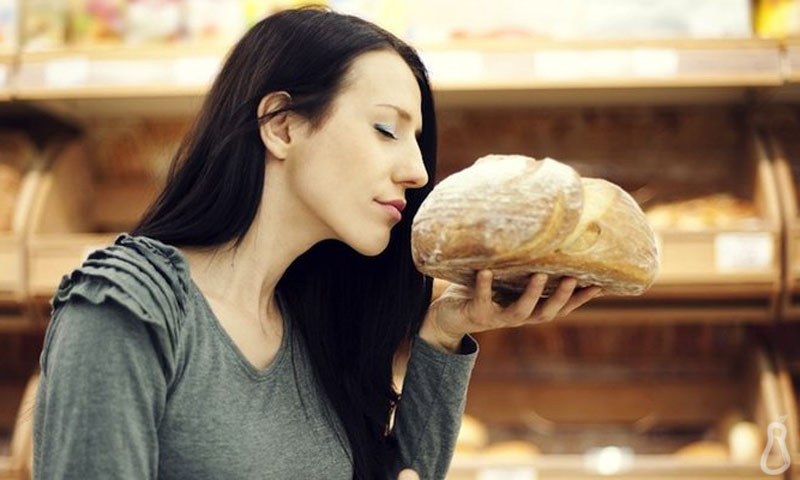 Is Gluten the Real Culprit?

Unless you live out of a van, you’ve probably heard about gluten (a protein found in wheat, barley and rye) and the health benefits of removing it from your diet. As a dietitian, I went from learning that gluten-free diets were just a fad to working for a health practitioner that believed that gluten could cause just about anything. So, after practicing in both of these extremes, I now consider myself more of a gluten moderate, and I’ll explain why.

First, let’s take a look at the gluten spectrum. On one end of the spectrum, we have practitioners who roll their eyes at gluten. They act as though digestive symptoms associated with gluten are all figments of the imagination, and patients should just be satisfied with their vague diagnoses of irritable bowel syndrome (IBS).

Then, on the other end of the spectrum, there are practitioners who attribute digestive issues, skin reactions, mood swings, autoimmune disease, and any unexplained symptoms to gluten, treating it as a medical scapegoat. Some practitioners would include all of the following as gluten-related health issues:

Is gluten the real culprit?

However, a double-blind, placebo-controlled cross over study in 2013 found that the effects of gluten were largely inconsistent and independent of dose. In this study, subjects were placed on three different diets: high-gluten, low-gluten, and whey protein as the control diet. In terms of inconsistency, fatigue and bloating worsened in the low-gluten and placebo treatments, but not in the high-gluten treatment. Additionally, gluten had no effect on the biomarkers of intestinal inflammation or an immune response, suggesting that gluten may not be the real culprit of intestinal inflammation after all.

Why the sudden onset of gluten-related symptoms?

Another problem with blaming gluten is that the timeline of gluten sensitivity doesn’t make sense. If we’ve been consuming wheat as early as we knew how to harvest it, then why is it just now (in the last 10 years) causing problems for us? You may hear people say, “Wheat has changed! It’s been hybridized and deamidated,” but this doesn’t really explain much.

Hybridization, or cross-pollination, is a process that occurs regularly in nature and produces many different foods that we’re familiar with including grapefruit, lemon, pineapple, cantaloupe, seedless watermelons, beets, carrots, corn, potatoes, oats, rice and even wheat. In fact, wheat is a cross-pollination of wild grasses, making it a direct result of hybridization.

Deamidation is the removal of an amide group as a result of enzymes or mild acid treatments. The process of deamidation has been used by food scientists since the 1940’s to improve solubility, emulsification, and other functional properties of food. Studies have shown that deamidated wheat proteins are correlated with a negative immune response, but wheat is not the only crop to undergo deamidation. Other foods including soybeans, eggs, cow’s milk, and whey protein may also be deamidated during processing.

What else could be causing these problems?

If wheat hasn’t really changed and gluten isn’t the real culprit, then what is causing this myriad of symptoms? Most likely symptoms of “gluten sensitivity” are actually caused by an herbicide (weed-killer) and a group of carbohydrates known as fermentable oligo-di-monosaccharides and polyols, or FODMAPs for short.

If you take another look at the cross over study from 2013, you can find that all subjects were placed on a specific diet for 2 weeks before starting trial. If you read the whole article, you will also find that this specific diet was a low FODMAPs diet and that it alleviated all digestive symptoms and fatigue for all 37 subjects.  A low FODMAPs diet excludes foods such as:

This study suggests that gluten-free diets commonly alleviate symptoms because they eliminate wheat, a high-FODMAP food that can be found in almost every food at the store.

Another likely culprit of gluten-related symptoms is the herbicide, glyphosate or Round Up, discovered by Monsanto chemist John Franz in 1970. By the mid-1990’s, glyphosate use became widespread and started showing up in the streams of the Midwestern United States. And while this herbicide is considered non-toxic to animals, studies show that glyphosate is toxic to bacteria, including the beneficial gut bacteria that play a large role in overall health.

Because of its ability to negatively influence gut bacteria, glyphosate is capable of perpetuating intestinal permeability, also known as leaky gut. Since leaky gut has been linked to food allergies, autoimmune disease, inflammation, and neurological diseases, some scientists believe that glyphosate contamination may be responsible for the increase in obesity, cancer, autism, inflammatory bowel disease, depression, Alzheimer’s disease, Parkinson’s disease, liver disease, and infertility.

Another study from Interdisciplinary Toxicology found that glyphosate can cause all major symptoms of celiac disease by chelating important minerals, interfering with gut flora, and inhibiting important enzymes.

If you’ve noticed any issues with digestion, immune health, or mental clarity, you will likely find the most relief from a low FODMAPs diet or a completely grain-free diet, similar to going paleo. Research is slowly demonstrating that gluten may not be quite as evil as we once thought, but it doesn’t mean that you’re crazy for avoiding it.

Wheat, soybean, corn, and sugar beets appear to have the highest concentration of glyphosate, so it’s important to buy organic when shopping for these foods. However, another option is to avoid these foods altogether. If a gluten-free diet is working for you, then keep at it. If it hasn’t completely alleviated your symptoms (especially if you have celiac disease), then you might consider trying a grain-free or low FODMAPs diet instead.