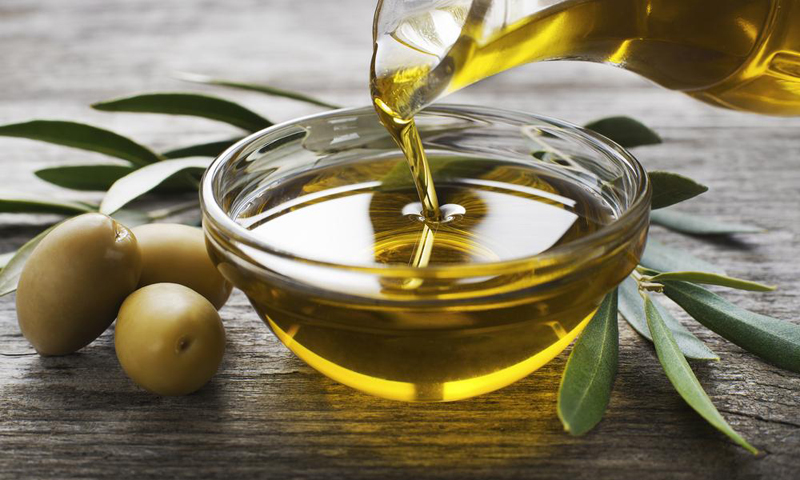 Which Oil Should You Cook With?

By climbhealthyMay 19, 2015Featured, Nutrition
No Comments

When it comes to cooking oils, nutrition information is so confusing. One second butter is evil. Next thing you know, olive oil is the golden child. Now we shouldn’t cook with olive oil? What is this world coming to?!?

Let me clear up some confusion.

Why the conflicting information?

First off, there has been a great deal of misinformation concerning fat since around the 1958 when a scientist named Ancel Keys thought he found a correlation between dietary fat and heart disease risk. He created a study called the Seven Countries study, where he looked for a link between diet and cardiovascular disease in seven countries.

The study revealed that the countries with the highest intake of fat had the highest incidence of heart disease, which sounds like a promising conclusion. However, there were a few outliers that would distort this broad conclusion.

Instead of taking these findings into account and conducting further research on the matter, Ancel Keys decided to intentionally exclude these outliers from his findings – a fallacy in research known as cherry picking.

Sadly, this misleading study gained a ton of publicity and went on to influence the dietary guidelines (in the US) for the next few decades.

The good news is: many people have since disproven the theory that dietary causes heart disease. According to a meta-analysis from 2010 of prospective epidemiologic studies, there is no significant evidence to conclude that dietary saturated fat is associated with an increased risk of coronary heart disease or cardiovascular disease.

Which oils are best for cooking?

Now that we like fat again, which fats should we cook with? So glad you asked. I was beginning to think I was just talking to myself again.

When you’re cooking, you’ll want to use an oil or fat that can handle higher temperatures. Generally speaking, refined oils tend to handle heat better than the unrefined oils.

Since extra virgin olive oil has such a low smoking point, it’s best to use it at low temperatures or in recipes that don’t require heat, like salad dressings, aioli, vegetable dips, etc.

Extra light olive oil, on the other hand, has a smoking point of roughly 468 degrees Fahrenheit, which means that it can handle high heat without smoking.

When oils reach their smoking point, they essentially start burning, which can cause them to release toxic fumes and harmful free radicals. For this reason, you want to make sure you’re cooking with the right oils.

There are other oils with higher smoking points, like canola, safflower, and other vegetables oils, but they have a few health caveats, so I don’t recommend using them at all.

The problem with vegetable oils is that they tend to be rich in omega-6 fatty acids, a type of fat that tends to promote inflammation in the body. Similar to cholesterol, omega-6 fatty acids are not inherently bad for you, but you want to maintain a healthy balance.

This means balancing your intake of omega-6 with plenty of omega-3 fatty acids – the healthy fat found in fatty fish, flaxseeds, chia seeds, and walnuts. The problem is that most Americans consume way too much omega-6 fat and not nearly enough omega-3 fat.

Studies show that consuming way more omega-6’s than omega-3’s may actually increase the risks of heart disease and myocardial infarction (heart attack). So, vegetable oils are not quite as heart healthy as they were once thought to be.

Additionally, researchers are finding that highly unsaturated vegetable oils (like the ones listed above) heated at frying temperature (365 F) for over half an hour can produce a highly toxic compound known as HNE, or 4-hydroxy-trans-2-nonenal.

HNE has been linked to several diseases including atherosclerosis, rheumatoid arthritis, stroke, Parkinson’s, Alzheimer’s, Huntington’s and liver diseases. Once again, another reason why vegetable oils are not the healthiest choice.

How To Build Your Own Home Wall

How To Build Your Own Home Wall