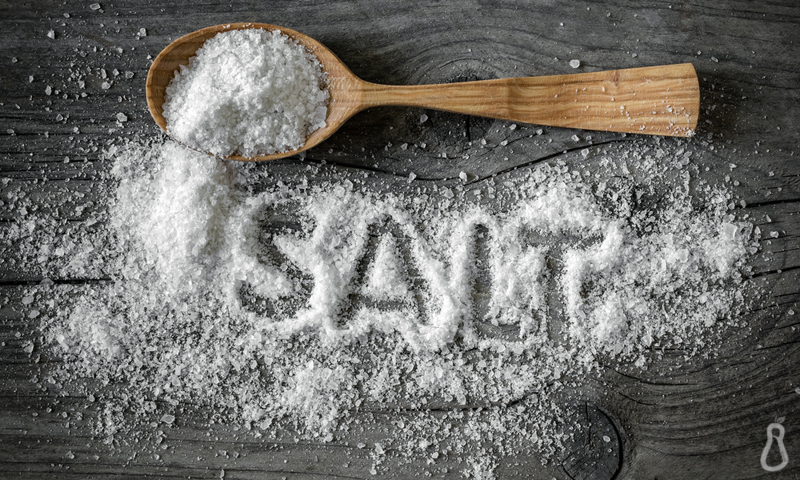 By climbhealthyJuly 14, 2014Featured, Nutrition
2 Comments
We’ve been told for years that salt is bad. Too much salt can cause high blood pressure (hypertension), so we all need to restrict it, right?

Wrong. In fact, a study from 2011 actually found that salt-restricted diets made matters worse for people with heart disease.

Salt gets a pretty bad reputation from conventional nutrition, but it’s something that all athletes need in their diets. When we exercise, our heart rate and core body temperature increases, and our body responds by secreting fluid (or sweat) through the pores of our skin.

When sweat evaporates off of the skin, it provides a cooling effect that helps the body avoid overheating. The majority of what we lose in sweat are fluids (water) and sodium, so replacing these nutrients is key to maintaining proper hydration.

Sodium needs will vary from athlete to athlete based on a few factors:

Hot climates can drastically reduce your climbing performance if you aren’t used to the heat. Sodium needs tend to increase significantly as you acclimate to warmer weather, but once your body is accustomed to the heat, it will become more efficient at retaining and utilizing sodium – which means you’ll be able to perform better with less sodium.

On the first day of exercise in a hot, dry environment, the volume of your blood plasma increases by about 13%. This means that unless you increase your sodium intake, you will most likely be dehydrated. The same thing can happen on the first day of cool weather after months of training in the heat, so be sure to increase your sodium intake when the seasons change. For me, that won’t be happening until about Halloween.

This variable is pretty straight-forward. If you spend 4 hours hiking to an area where you climb for 5 to 6 hours, then a) I do not envy your approach and b) you need more sodium than someone like me who might hike 5 minutes down into a canyon to climb for 3-4 hours, assuming that we have the same weather.

This variable is completely dependent on the person. Some of us are just saltier by nature, and thus lose more sodium than others after doing the same amount of exercise in the same climate. If you’re like me, then you might notice a dried white line on your clothing after working out. This is an indication that you’re a salty sweater, and that you may need to increase your sodium intake to keep up with your sodium losses.

Signs You May Need More Sodium

The most accurate way to calculate your sodium needs is to get lab testing done, but this may not be available to everyone. So it may be more practical to estimate your needs through trial and error. If you frequently experience any of these symptoms at the crag, then you could likely benefit from more sodium in your diet or in your sports drinks.

You can also estimate your sodium needs by understanding what increases your risk for hyponatremia.

Hopefully you now understand the importance of sodium in your diet. Most Americans get plenty of sodium in their diets from deli meats, canned foods, cheeses, and nuts, but there’s a chance that you could need even more salt in your diet.

If you live somewhere with a hot climate, frequently climb outdoors, and experience any of the symptoms of hyponatremia, be sure to pack a salty snack for the crag or a sports drink with plenty of sodium. Climbing in the heat makes me cranky, so I’m fairly certain that I’m not getting enough… Are you getting enough sodium? Leave a comment below 🙂

What Does Organic Really Mean?

What Does Organic Really Mean?