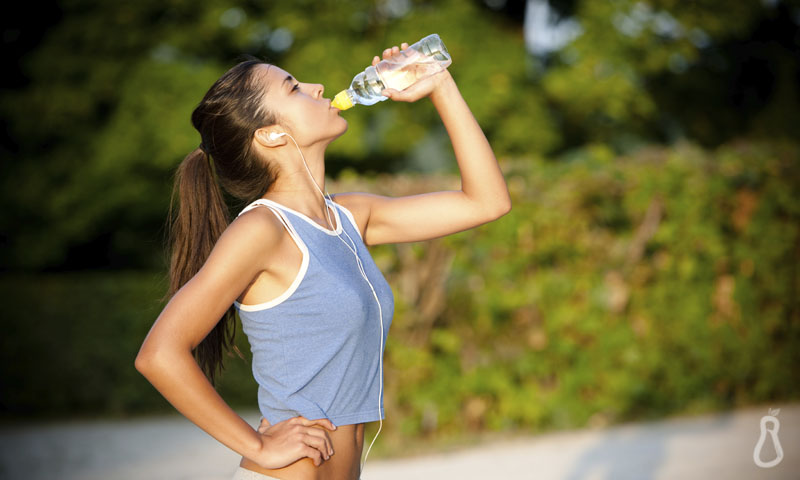 You guys. Last week, it was 80 degrees in Austin. You know what that means?!?
We had ourselves a COLD FRONT!
Seriously. It’s nice. It’s mid-July, and I STILL haven’t acclimated to this weather, so let’s talk about sweat. If you recall from last week’s article about sodium, sweat is one of the body’s natural methods of cooling.
It’s isn’t the act of sweating that cools us down, but rather the evaporation of our sweat into the heavens that helps keep our core body temperature in check.

So sweat is great. It makes us glisten. But, it also drains us of fluids which can lead to dehydration if we’re not careful. No matter where you live, hydration is very important for your overall health, but it also plays a role in your climbing performance.
A study published last month in the Journal of Strength and Conditioning Research found that dehydrated cyclists lost strength in their exercised muscle groups by about 16% compared to the hydrated cyclists. This means that your strength during on any given day is closely related to your hydration status.
Another study from 2013 found that hydrated cyclists were able to complete a 5 km ride 6% faster than their dehydrated counterparts. This study suggests that endurance may be related to hydration status as well.
If anyone ever conducted studies on climbers, I would totally share those, but this is what I have to work with. So, remember to stay hydrated when you’re training in the gym, projecting outside, or spending all day on big wall expeditions.

How to Determine Fluid Needs

According to sports dietitian Nancy Clark, it’s important to first calculate your sweat rate when trying to determine your individual fluid needs.

Forgetting to hydrate while climbing can affect more than just your mood, immune system, and brain. Dehydration can lead to decreased climbing performance in terms of both strength and endurance.

Plain water can rehydrate you for up to an hour of exercise, but after an hour, it’s best to begin replacing electrolytes with a sports drink or snack of your choice. My favorite is the raspberry Exercise Hydration Mix from Skratch Labs.

What’s your favorite way to replenish those electrolytes?

Why You Need Sodium in Your Diet
Have you heard about my Rock Climbing Nutrition eBook? Learn More